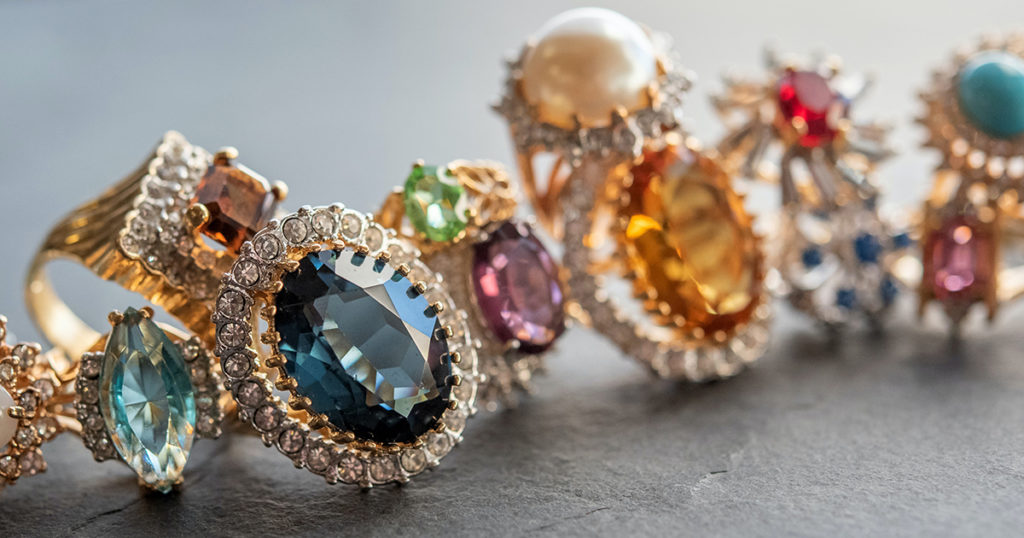 Gemstone jewelry has been around for centuries, with each culture having its unique way of creating and wearing the jewelry.

The first pieces were created by ancient civilizations that used natural resources to create colorful and decorative pieces. Some believe that gemstone jewelry was first worn as talismans or amulets to ward off evil spirits or bring luck. Others believe that gemstones were first used in jewelry to show off wealth and status. However, no one knows the origin of gemstone jewelry for sure.

The Egyptians were some of the first cultures to use gemstones in their jewelry, often using turquoise, lapis lazuli, and other precious stones in their pieces. They often use these stones to create elaborate headdresses and other ceremonial pieces.

The Greeks and Romans also created intricate gemstone jewelry pieces, often using gold and other precious metals to create stunning designs. The Romans are primarily known for their detailed cameos – small carvings made from various gemstones.

When you see a beautiful piece of jewelry, you may be unaware of where it came from. The stones in that jewelry may be mined from all over the world. Mines are places where gemstones and other minerals are extracted.

Mining gemstones is an intense and dangerous process. Miners often work in hazardous conditions using heavy equipment in narrow, dark tunnels. Many gemstones are mined in developing countries, where safety regulations are not always followed. As a result, miners often suffer serious injuries or even death. The two most common gemstone mining methods are surface mining and underground mining.

With surface mining, miners extract the gemstones from the earth by removing the top layer of soil and rocks. It is usually done with heavy equipment, such as bulldozers and shovels. Surface mining is used to get at shallow deposits of gemstones.

Underground mining is used to get at deeper deposits of gemstones. Miners use tunnels to go deep into the earth; then, they use picks and shovels to remove the rocks and soil that contain the gems.

One of the most popular gemstone jewelry eras is the Art Deco period. This era was famous is characterized by its bold, geometric designs. Many Art Deco pieces are made from gold or platinum and feature colorful gemstones like rubies, sapphires, and emeralds. Other popular eras for gemstone jewelry include:

Gemstone jewelry was popular during medieval times, with many intricate and beautiful pieces created. The jewelry was made with gold or silver, and the gems were set in elaborate settings. Many of the gemstones were quite rare and expensive, so the jewelry was only available to the wealthy. Some of the most popular gems used in jewelry were rubies, sapphires, diamonds, and emeralds.

The use of gemstones in jewelry reached its peak during the renaissance. It was partly due to the renewed interest in classical art and culture, which led to a fascination with all things luxurious and opulent. Gemstone jewelry was seen as a symbol of wealth and status, and both men and women wore it.

The popularity of gemstone jewelry continued into the baroque period, which followed the renaissance. However, there were some changes in style during this time.

In the Victorian era, people had a great deal of excess money, and they liked to show it off. It was reflected in their jewelry type, which often featured expensive gemstones. Diamonds were trendy in this era, as were other precious gems such as rubies and sapphires. The Victorians also loved intricate designs, so their jewelry was often very ornate.

Despite the high cost of gemstone jewelry, it was prevalent during the Victorian era. People would wear them for special occasions such as balls and weddings or show off their wealth. Gemstones were seen as a mark of luxury and sophistication, and many women would have several pieces of jewelry made from different gemstones.

The Victorians were also very creative when using gemstones in their jewelry.

Gemstones are natural stones often used to make jewelry because they are beautiful, rare, and durable. There are many different gemstones, each with its unique history and meaning.

Some of the most popular gemstone jewelry include diamonds, rubies, and emeralds. Each type of gemstone has its unique properties and characteristics that make it perfect for specific jewelry pieces. For example:

Diamonds are often used in rings and necklaces because they are very durable and have a high sparkle factor.

Rubies are often used in earrings and pendants because they are solid and have a deep red color.

Sapphires are used in watches because they are tough and can resist scratches.

Emeralds are used in bracelets because they have a beautiful green color not found in other gemstones.

One of the oldest and most popular gemstone jewelry styles is ring sets. Ring sets typically consist of a few different rings worn together to create a coordinated look.

Another old favorite is the pendant necklace. Pendants can be made from various gemstones, and they feature unique shapes or designs.

Recently, earrings have become a popular way to showcase gemstones. There are different earring styles – from simple studs to elaborate dangles.

And finally, bracelets are another great way to show off your favorite gemstones. 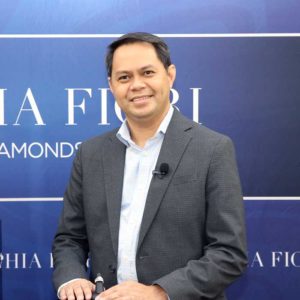 As the Managing Director of Elba Jewelry Design Center, my mission is to help you find your creative self in the design we make or the design you help us make for you.
Facebook Twitter Youtube
PrevPreviousThe Many Benefits of Owning Gemstone Jewelry
NextDiscovering the Top Summer Jewelry TrendsNext